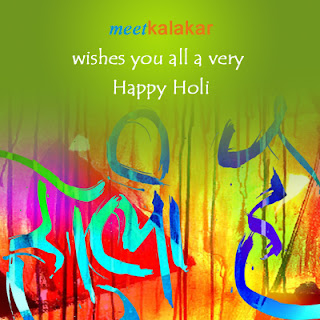 Music, Colours and all that Jazz!

The human mind is an amazing specimen of architectural and engineering genius. When trained and set to work, it builds monuments and sends missions to outer space! At the same time, a bird’s song, a piece of instrumental music, sets the mind free.

Music breaks the barriers that we impose on ourselves and opens a wide arena of imagination. It harbors creativity. It is labelled as the ultimate form of self-expression. Artists across the globe have been creating music, stealing hearts and changing lives. But there’s much more to it. Music has the power to influence the mind. It has the power to dictate a change and welcome the unknown.
Today as we celebrate the Festival of Colours, MeetKalakar celebrates the spirit of Music, and the colour it adds to the canvas of our lives.

We all began our journey as a little being, in one of the most secure places ever! Our mother’s wombs. The colour red, her blood pumped life into us and gave us the energy to sustain, the first piece of music presented to us, was the sound of our mother’s heartbeat. It is a constant assurance and the sound that is tied to our lives. As we enter our formative years, primary colours are filling our lives, the blue of the skies, the yellow of the sunflower, the red of the rising sun. Rhymes and Poetry are music to us. The colours now mature to numerous shades, our moods are changing, and music is changing too. Mother’s lullaby is replaced with a pop song, a jingle from the TV commercial, the beat of drums in your school band, the Alma matter song. Music keeps you company through all the peer pressure, the bullying, the heart aches, the love, the celebrations and the tears. The journey speeds up, music changes rapidly and only selected genres make it to our ipods. As adults, every time our Mondays are blue, we switch to music and feed our souls.

Your moods dictate the song on which you click play, and then everything changes. The notes fill up voids, music heals you, bleeds love and holds on to every bit of you. Music motivates people, be it the inspiration to take you through a cardio workout or the stress buster you need before exams, after a board meeting, after a serious confrontation. There’s a tune for every mood. Colours have the potential to brighten your day and help you to a new perspective.

The relationship between music and colours has been scientifically proven. Colours in a wide spectrum correspond to moods. They are an indicator of the state of mind, and music is therapy. Music brings people together, across borders, cultures and ideologies. It connects the dots and fills the blanks. Music and Colours have been the two wheels in the carriage of creativity and novelty. It may move you to stir a revolution; it may bring you to your knees in awe. It has the same effect on every individual, irrespective of the colour of their skin, their nationality or political views.
Brushes on a landscape and the notes from an instrument, they have the capacity to make you laugh or cry, or both at once and make you feel your hair stand up.

Posted by Unknown at 3:38 AM No comments: 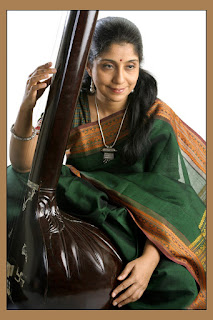 We come across the term ‘Gharana’ while talking about the Hindustani stream of Indian Classical Music; The other stream of ICM [i.e. Carnatic music] does not have this concept.

An average general listener at a Concert of ICM may not worry much about the Gharana of the artist singing / playing music there.  The listener primarily gets entertained during the recital and alongside probably gets informed / educated about the music; the pleasure of listening is enough for him.

What is a Gharana then? Simply put, a ‘Gharana is a family of musicians’. Gharana is a Style or a School of thought of music. Each school has distinct features which characterize it deferentially from the other styles.

There are Gharanas in vocal music - in Khayal, in Dhrupad, in Thumari, in Tappa.
According to some, a style of Thumari is known as ‘Baaj’ (like Banaras or Lucknow baaj) rather than Gharana.

The concept of Gharana is also found in melody instrument as well as percussion instrumental music – one comes across Gharanas of Sitar, Sarode, sarangi etc and in Tabla, Pakhawaj too.

The traditional method of training in music - the ‘Guru-Shishya parampara’- could be the basis of evolving a Gharana. A creative musician would experiment with new ideas; with his convictions he would establish a separate musical ideology. The new school could be somewhat or radically different from the prevailing structure of music.   That’s how an independent identifiable school called a Gharana emerges.

The convictions of the musician straightway affect the contemplation, training, presentation and appreciation of music for a pupil learning from him. The disciple absorbs such features (techniques of music, mental inclinations of the Guru) and would eventually pass these on to his student. If the style transcends through at least three generations like Guru > Disciple > Disciple (or Musician > Son / Nephew > family-member) the style gets the status of a Gharana.

In practice, an artist from a gharana may pick up once in a while, a stylistic aspect appealing to him of another gharana to improve on his gayaki. It is also seen these days that a musician learns from another Guru for a limited purpose to pick up some aspects which he liked.

Since the styles have their own distinct identities, certain Ragas and therefore some Bandish’s (compositions) are predominantly performed in some (and not all) Gharanas.

A common listener, depending upon his mental inclination, may develop more affection, loyalty towards a Gharana for enjoying a performance; while some others become fans of a musician.

A brief glance on some of the well-known Gharanas of vocal khayal music here:

Gwalior Gharana:
Pioneer in Khayal gayaki, it is the oldest [16th century] Gharana and is known for its simplicity. The musicians of Gwalior Gharana generally prefer to sing ‘Shuddha Raga’s. The style is considered to be "Ashtanga Pradhana" – balanced still complete with the all the features like Alap, Bol-Alap / Tana, Layakari, Meend, Gamaka etc. Pta Malini tai Rajurkar, Pt Ulhas Kashalkar, Pt Madhukar buwa Joshi and some others offer Gwaliar Gayaki at present.

Agra Gharana:
Agra Gharana [19th / 20th century] artists offer a long ‘Nom Tom’ Alap prior to the Khayal composition; they emphasis on the purity of the Raga as well as on the forceful and deep voice. One can listen to Ustad Raja Mian’s singing these days, a best illustration of Agra gayaki

Jaipur – Atrauli Gharana:
Many maestro names of yesteryears - Mallikarjun Mansoor, Moghubai Kurdikar, Dhondutai Kulkarni - come to mind at the mention of Jaipur Atrauli Gharana. Among the features of this laya-based gayaki are the predominance of ‘Aakar’ in the development of a Raga; ‘Anavat’ Rare ragas,  Ragas either uncommon in other Gharanas or not much heard by the general concert-goers. Some musicians from this Gharana we get to hear these days are Gaansaraswati Kishori Amonkar, Pta Shruti sadolikar-Katkar, Pta Ashwini Bhide-Deshpande.

Ustad Abdul Karim Khan (1872-1937 AD) founded the Kiarana Gharana, exponents like Sawai Gandharv, Bharatratna Pt Bhimsen Joshi, Dr Gangubai Hangal, Pt Phiroz Dastur have made it the most popular Gharana at present. It lays more emphasis on the emotional content.  The artists of this style deploy a soft and sensitive voice. In a leisurely tempo, the development of a Raga is progressively made almost note by note. Alaps are given due importance. Dr Prabha Atre is the torchbearer of Kirana at present.

There are some more Gharanas in vocal Khayal music like Patiala, Rampur-Sehaswan, Bhendi Bazaar, Banaras, Mewati etc which are heard these days and they do have audience.

On a lighter note:
An artist trying his best to introduce his Gharana in a recital had difficulty to succeed and hence unable to impress his audience. Exasperated, he lost his way.
One listener whispers to the other in the crowd: “What Gharana he belongs to?”
Answer: “Independent Gharana!
He is enjoying all the liberties of any Gharana, so he is independent of Gharana!!”

Posted by Unknown at 9:41 PM No comments: 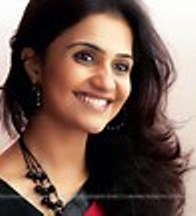 Art has been the greatest form of human expression down the ages. We express our deepest emotions- anger, love, lust, aggression by art. Talented artists have spoken in the powerful language of music and composed beautiful pieces for our occasional indulgence and afterthoughts. Music has freed the souls of many from the shackles of societal norms and allowed them to seek solace and speak one language. There have been women who have contributed to art and music in their own great ways and we are unaware of it.

Art and Music have been dominated by men down the ages and women got recognised rarely. Female artists are considered incompetent without being given a fair chance to play their instrument or perform. They are judged too early and celebrated rarely.

MeetKalakar believes in recognising and celebrating Womanhood along with art and music.
I’d like to quote Diana Mariechild here, “A woman is a full circle, within her is the power to create, nurture and transform.”  Gradually the notes, the tunes, the beats, the strokes of the brush, the grace in a woman’s movement is being identified and appreciated by audiences all across the globe.
Many such expressive and talented artists associated with MeetKalakar have reached out to audiences and broken barriers of prejudice and dogma associated with art.

MeetKalakar proudly celebrates Pandita Uma Dogra’s Kathak performances. She has been known to enthral audiences pan India and abroad for more than three decades now. Uma translates music for her audience and weaves magic with her grace. Her movement throws around her own distinguished style and authenticity. She has won many titles and honours including Sangeet Natak Academy Award from President Sh.Pranab Mukherjee himself.

In the field of Western dance forms, a name that has made its way to many Ballet connoisseurs is Yana Lewis. Yana Lewis is the only certified ISTD, UK, Ballet teacher in India, a passionate choreographer, advanced Iyengar Yoga Practitioner with over 35 years in ballet. She has been a dedicated and disciplined teacher, working relentlessly to bring out the best in her students. Through her workshops she reaches out to hundreds of children and irrespective of their financial background brings to them the joy of Ballet and they use it as a powerful medium of self-expression.
It is said that anytime women come together they spin magic. Whether they sit down to make a quilt, cook a meal, plan a party, compose music, dance to beats the experience is magical and so is the outcome. A renowned magician Kruti Parekh bears testimony to this. Kruti is India's First Test-Tube Baby by Birth, an I.T Engineer by Education, World's Youngest Artistic Illusionist & India's Young Mind Genius. She is the only magician who has a course running at the Mumbai University on MAGIC. She recently became the Youngest Special Executive Officer for (Govt. of Maharashtra).


The list doesn’t end and neither does our appreciation for these wonderful artists. Whatever be the form of art or expression, women have always broken barriers, created benchmarks, won admiration and envy alike. This is a call to the graceful woman inside you, waiting to break the spell, inspire and get inspired, to leave audiences in awe and to bow to a thunderous applause with grace.

Credit
Ekta Mourya
Posted by Unknown at 9:23 PM No comments: